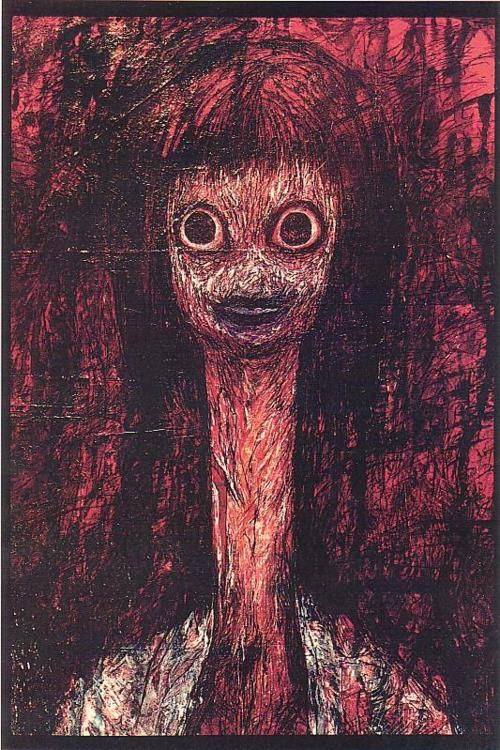 “What is this?” Dr. Ruby asked holding up the picture. “What did you draw?”

The sheet of paper depicted a violent storm of red, black, and white that came into a pattern vaguely reminiscent of a human with wide eyes and an unnaturally long neck. It sent shivers up her spine every time she saw it.

Alex shook his head, refusing to look up at it.

“I need you to talk to me, Alex,” she said, her voice calm and even. “You’re not in trouble. I just need to know if you know what you drew…”

“She comes at night. She tells me things…” Alex said, still staring at his feet.

“What kind of things does she tell you?”

“She tells me about the other people here. The kids. The helpers. The doctors. She tells me all kinds of things. Things that I shouldn’t know…” his voice was just above a whisper now.

“Can you look at me, Alex?” Dr. Ruby said, setting the picture face down on her desk. “I need to know exactly what she tells you?”

“She told me about Harvey. He didn’t go home with his parents. He died.” Alex said, his head tilting just enough so his eyes came under his eyebrows. “She told me that you were the reason he died. That you gave him the wrong medicine. She said-”

“That’s enough, Alex. Can I get you to wait outside for a moment?” She asked with a flickering smile.

He rose without a response and left her office.

Dr. Ruby opened the bottom drawer on her right and pulled a thick file out, placing on her desk next to the facedown picture. She opened the file to see the hundreds of copies of nearly identical pictures. At the bottom of each one a different signature, presumably drawn by a different child. Inside the front cover a black and white picture of a girl.

What the hell is happening, Alice? Why are you still here? she thought.